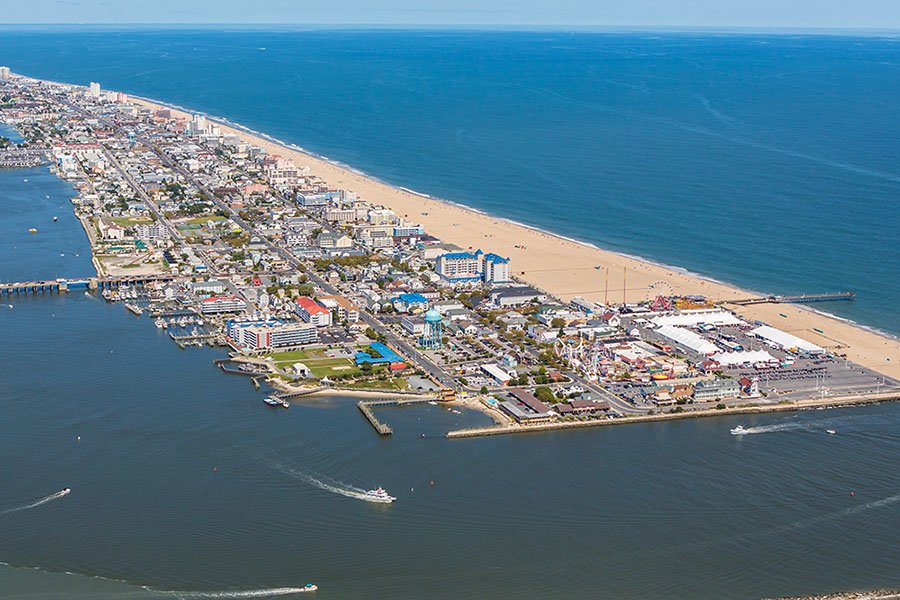 Few places in the United States are as unique as Ocean City, Maryland. From its earliest beginnings as a getaway destination to its transformation into one of the most important Mid-Atlantic fishing ports, the area is steeped in history. Before you book your beautiful Ocean City vacation rental with Central Reservations, take some time to learn a bit about this historic location.

Since the late 1860s, the sandy piece of land we now call Ocean City has been a destination for visitors. Back then, just a few basic structures provided housing for wealthy businessmen visiting from larger neighboring cities such as Baltimore and Philadelphia. These guests made their way to the magnificent Atlantic coast to fish, indulge, relax, and assess the land for possible business ventures. Then in 1875, a few things happened: the area was split into 250 lots in order to begin development, and the Atlantic Hotel opened its doors. This opening led to the construction of numerous other Ocean City hotels and the start of a growing population. Shortly after this development, the United States Life-Saving Service Station (precursor to the Coast Gaurd) was constructed along Ocean City Beach.

Creation of the Ocean City Inlet

One incredibly formative moment in Ocean City, Maryland, history came on August 22, 1933. On this date, the Great Hurricane of 1933 (as it’s known today) ravaged the area surrounding Ocean City. This deadly and damaging storm ripped through the newly populated area like never before. Twenty-foot waves tore through the dunes and created an inlet separating Ocean City from Assateague Island. This storm, although destructive and devastating, created an opportunity for Ocean City to transform from a small beachside town to a major Atlantic Coast fishing port. After the great hurricane, the Army Corps of Engineers solidified the naturally formed waterway and the Ocean City Inlet was born, priming this Maryland city for massive expansion. And that expansion took place indeed. Other developments such as the Chesapeake Bay Bridge and Tunnel aided Ocean City in becoming one of the busiest tourist destinations in the country.

As We Know it Today

The spirit of Ocean City, Maryland, is more alive today than ever. Each year thousands of tourists still make their way to this beautiful getaway destination. These guests not only visit in the summer months but now also stay in the winter season and take advantage of all the entertaining things to do in Ocean City, Maryland. The Ocean City Boardwalk continues to be one of the most beloved experiences and is home to a vast variety of shops and restaurants.

Visit this historic coastal city and experience the Ocean City magic first hand! Central Reservations offers a plethora of luxury rentals and incredible services to make your stay as comfortable as possible. Be part of the history of this national treasure, and visit Ocean City!

Thank you for your submission.